Last Of His Kind / Real Life 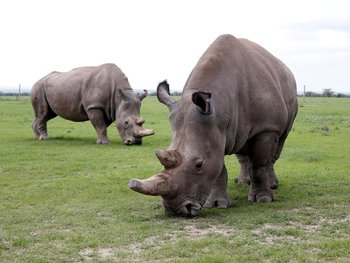 ‘Najin’ and her daughter ‘Fatu’ are now the last two Northern White Rhinos after the last male ‘Sudan’ died in 2018.
Advertisement:

Those who were the last of their kind in real life.