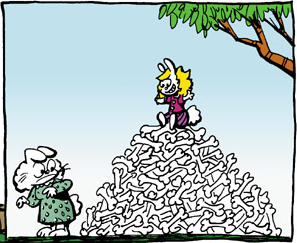 Nothing strikes fear into the hearts of predators more than when a prey animal rises to the top of the food chain.
Advertisement: