Killed Off For Real / Ultimate Marvel 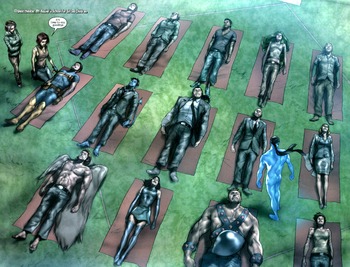 And that's just some of them... there's a reason Ultimatum will be mentioned a lot in this page
Most deaths in Ultimate Marvel were final. Villains were usually victims of the Superhero Movie Villains Die trope, and when a hero dies, Nothing Is the Same Anymore. In alphabetical order, they are:
Advertisement: