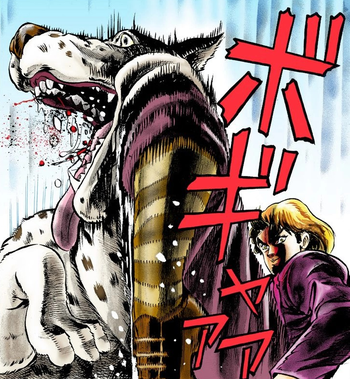 Unfortunately for the dog, this is just the beginning.
And Dio just gets worse from here.
Advertisement: