Gratuitous caption text shows us how it's done!
"Quote from a particularly noteworthy example of the trope."
— Attribution

"One more humorous quote than is allowed"
— Someone who doesn't know about Quotes Wiki, potholing rules, or italics. 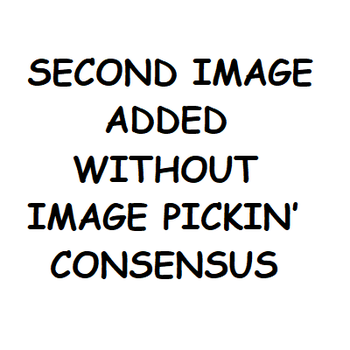 Personally, I think this belongs below the quotes.

Elaborate introductory example or reasoning behind the trope, ending in a Title Drop, probably being a circular pothole. Reference to Alice and Bob.

Plain, simple, and brief explanation of the trope. Common features of said trope.

Pros, cons, and/or implications of the trope.

Discussion of how the trope relates to anime or manga, even if it doesn't.

Mention of how this trope may sometimes be Truth in Television.

Alternatively, if the trope is not Truth in Television, an explanation of the horrible things that would happen if it were to be carried out.

Shoehorned reminder that Tropes Are Tools, so no Justifying Edits or Square Peg Round Tropery please.

of Trope Name. References to other, relevant tropes. Justification of reason trope was split from older, less well-written trope.

Mild warning that this trope is not to be confused with similarly named trope.

Mild warning that this trope is not to be confused with some trope with similar words in the title, Just for Pun.

Out of Character warning that this page is not to be confused with that other Just For Fun page making essentially this same joke, but formatted as a work instead of a trope.

Cheerful declaration of the existence of a subpage you already knew of because you can just look at the tabs at the top.

Reminder to keep natter off the main page with obligatory link to the Discussion page. Reminder that Rule of Cautious Editing Judgment applies to controversial subjects, and No Real Life Examples, Please! applies to tropes with no or controversial Real Life analogues. Obligatory spoiler warning, in case the trope involves twists that by their very nature are spoilers (despite the warning, most examples probably use spoiler tags anyway, likely in ways that violate the Spoiler Policy).

open/close all folders
General
As Examples Are Not General, this folder should probably be removed and have some of its content moved to the trope description and/or the Analysis subpage. It's still here due to a combination of This Troper not knowing about the policy, That Troper not knowing where to move the content, and Yonder Troper just not having the heart to delete it.
[Medium Name]
Alice:

I think this is formatted *wrong*

Since most people have only ever heard of DC and Marvel Comics, they each get big, fancy headers.

Music
Mythology & Religion
Newspaper Comics
Other Sites
Pinball
Professional Wrestling
Radio
Redundant Truth in Television Folder That Wasn't Removed When The Real Life One Got Added
Roleplay
Sports
Stand-Up Comedy
Tabletop Games
Theater (or Theatre)
Toys
Video Games
Visual Novels
Web Animation
Webcomics
Web Original
Web Video
Western Animation
Other
d the second half has somehow been pushed an absurd distance down the page in the meantime.
Real Life
Unsorted
Joke that didn't fit anywhere else, usually about the page itself, referencing the topic at hand.
Either Statler or Waldorf: Snarky comment about the subject at hand.
The other one (depending on who made the snarky comment): Sarcastic reply to the previous comment.
Both: Do-ho-ho-ho-hoh!

<<|Outdated Index Markup From Ages Ago|>>

Video Example(s), awkwardly placed at the bottom of the page: