Just For Fun / The War of the Abridged Series Creators 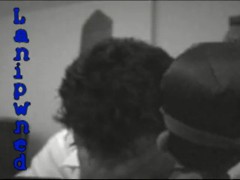 After this, things went From Bad to Worse.
"Dude, Lanipwned."
"Oh, Crap! Avenge me, FroLegend!"
Advertisement:

Describe The War Of The Abridged Series Creators here, in all its horror.

It all started so innocently. Dan Green, along with fellow voice actor Vic Mignogna, tried to throw a 2nd Anniversary Spectacularmathon for Yu-Gi-Oh! The Abridged Series, and Lanipator of Yu Yu Hakusho Abridged hung up on Dan, completely ruining the whole show (when it was only mostly ruined by then). In a fit of animosity, Dan Green called in a few favors, having a (sort of) friend (Johnny Yong Bosch) down-vote Lanipator's videos. But he accidentally down-voted hbi2k's videos.

It might have stopped there, but in a fit of blind rage (or just totally random rage), hbi attacked any other Abridged Series creator in his path. Soon the entire community seemed to be engulfed. Abridgers were accusing other abridgers of starting this war for their own purposes. Some even claimed to be the Overlord of abridgers (including a Gundam plushie). By the time it was over, Guts and Griffith were taken out by a Tonberry, MasakoX's lawn was vandalized, and Lanipator terrified everyone with his Cosplaying.

It was a harrowing experience that the YouTube community will never forget.

There was a resurgence in 2009 when it seemed that LittleKuriboh learned nothing from the Great War, and brazenly launched an assault

on the other abridged series creators. The death toll is currently unknown, but none were spared from his attack. Lanipator

has launched a retaliatory strikenote As an admitted joke, with no ill-will intended, but the damage has already been done

note Again, an admitted joke with no ill-will intended. And now, it looks like Vegeta3986 is attempting some damage control.

This war provided examples of: