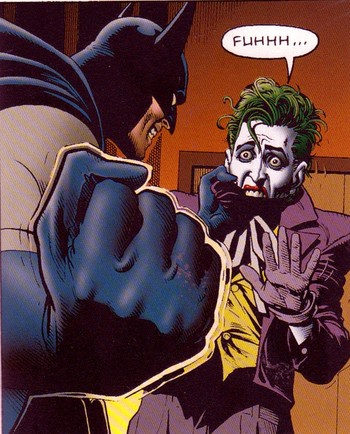 "Will you tell me what I need to know? Or will you Talk to the Fist?"