Horrible / Other
aka: Other Media 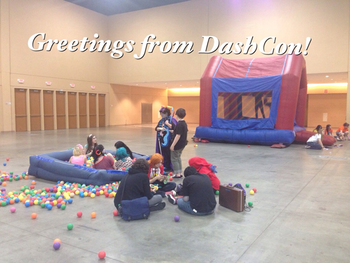 Consider this section as a dumping ground for places and things that we know suck, but don't fit into any other category (warning: Nausea Fuel coming up).

Important Note: Any additions need to be considered objectively horrible. A restaurant or infomercial product with a few bad reviews and mostly average reviews doesn't qualify. Also, don't include products that have been mentioned on other pages, such as toys. Bad infomercials do not belong here; place those into the Advertising page instead. Likewise for bad automobiles and theme parks; they should go onto the The Alleged Car and Crappy Carnival pages under the Real Life folder.

open/close all folders
Conventions
In fan conventions, there are pros and cons... and then there's these, which, at worst, are nothing but cons.
Design
Good designs are simple yet memorable, and do a great job at representing their brand. These designs, on the other hand, fail at all of that.
Foods
Most foods, even the most polarizing ones, are a matter of taste. However, even the most experienced foodies make sure to stay away from these.
Advertisement:
Holiday Events
Household Products
When we watch infomercials, we're never sure if the products are as good as they claim to be without a second opinion. While there are in fact several products which are quite useful and worth the price, these... aren't. Here are a few examples.
Media Formats/Storage Media
The home video revolution had some failed formats. Some, such as Cartrivision, Betamax, CED, VHD, and HD-DVD (as well as V2000 in the UK), still have quite the cult following to this day; however, even the most hardened home media junkies will want to steer clear of these technological terrors that even Betamax and HD-DVD (the two most notorious failed formats) will not touch with a ten-foot pole:
Merchandise
You'd have a hard time getting even the most hardcore of fans to purchase these pieces of merchandise. Not unless you lied to them about the product's quality. See also the Toys section.
Mobile Devices
Musical Instruments/Equipment
Restaurants
Software
There's Killer Apps, and there's toxic ones. Take particular caution, you may have your device start clanking out just reading this section.
Vanity Plates
Nope, not even vanity plates are safe from being horrible. Despite their short lengths, many logos exist that would make one stunned as to how they ever came from a well-meaning, caring company. Even stranger, they always seem to be spotted in similar places to one another.note For example, many early British home video logos (before the Video Recordings Act 1984

drove zero-budget home video distributors out of business) are lacking in both quality and effort.
Miscellaneous