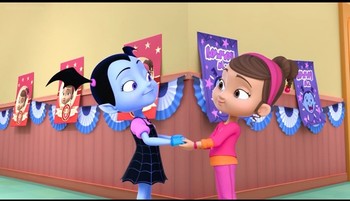 Talk about an intimate moment
Advertisement: