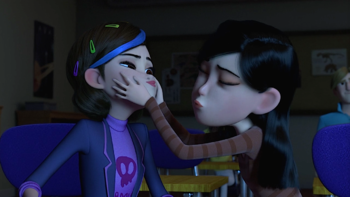 He's not good enough for you, Claire!

open/close all folders
Part One
Throughout the second half of the first season, Toby is shown attraction to the Mole mascot. While no one actually knows who the mole person is, Toby is sure that it is a girl. He is right, but everyone else still had doubts.