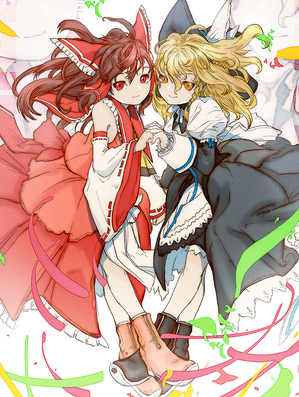 While the Touhou Project fandom generally operates under the Everyone Is Gay format, the games themselves (and especially the supplementary material) don't exactly dispel the notions. In fact, canon almost seems to wink at it while daring everyone to ignore the dozens of moments that keep popping up: