Ho Yay / Star vs. the Forces of Evil 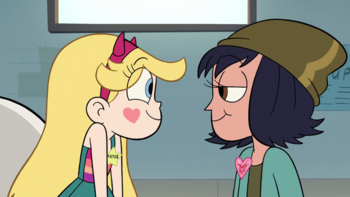 Well, they both like pink and fighting the patriarchy...