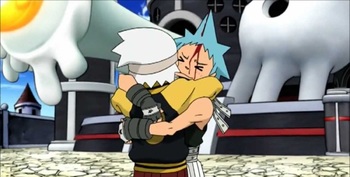 Well...bros before hoes, after all.