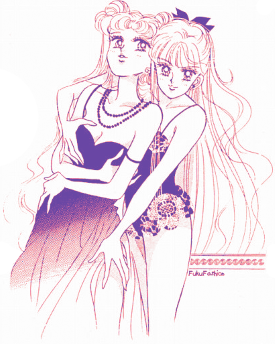 Sailor Moon codified many of the tropes for the Magical Girl genre, including the trend of subtext that magical girls are lesbians or bisexual. Fitting, considering many well-known sailor stereotypes.