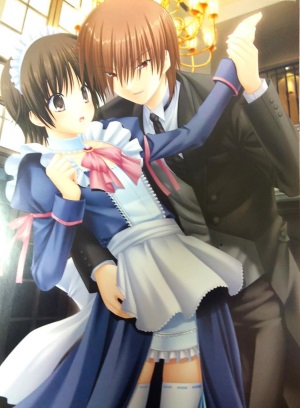 Wow, that girl is definitely the cutest! Wait...isn't that the protagonist?
"Only homos, though."
— Masato, about summing it up.
Advertisement: