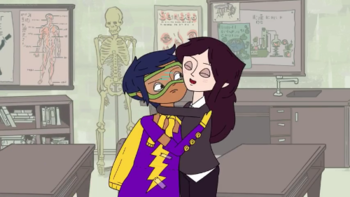 This is pretty much obvious for the plot about a nerdy teenager discovering she's a half-alien.

Judy and Cory
Cory and Iris