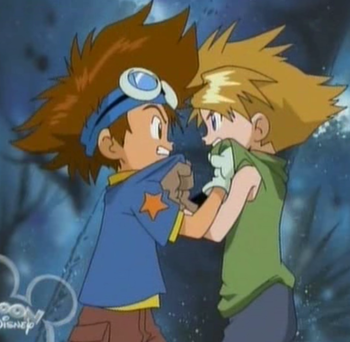 That's enough, you two! Now use your current position to kiss and make up!