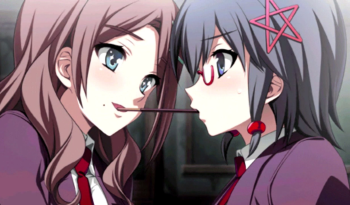 A whole cast of teenagers trapped together with nothing but each other for support... and with the amount of love already present in Corpse Party, it's no surprise that some of it is aimed towards members of the same gender.