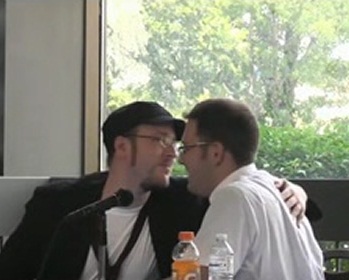 "Critic-On-Nerd action" is good too.