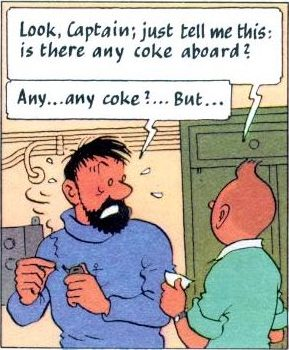 Either Tintin's thirsty, or Captain Haddock has a naughty little side business.note He's actually talking about a coal product similar to charcoal