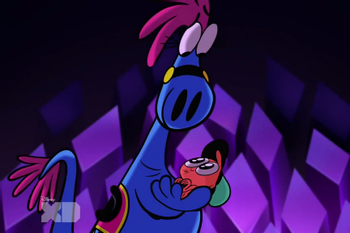 Wander over Yonder has many heartwarming moments brought to you by The Power of Love.