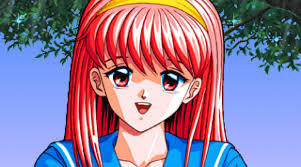 I love you. I love you more than anyone else in the world.

The Tokimeki Memorial series is renowned for being at the far end of the idealistic side of the Sliding Scale of Idealism vs. Cynicism, and thus for running with sweet and heartwarming romance: as such, expect to see a lot of heartwarming moments in that franchise. Here's a list of those: