Heartwarming / The Rise of Skywalker 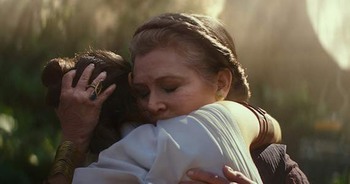 "No one's ever really gone."
WARNING: There is no spoiler marking on this page of any kind. Spoilers are off on Heartwarming Moments pages.