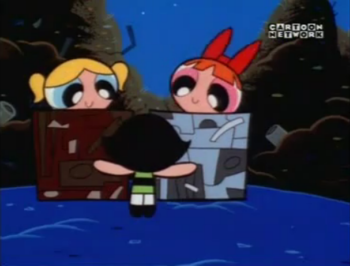 "Aw, we forgive you, Buttercup."
Advertisement:

So once again, the audience has been filled with happiness, thanks to... The Powerpuff Girls.