Heartwarming / The New Adventures of Winnie the Pooh 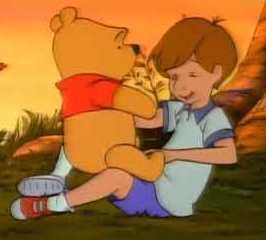