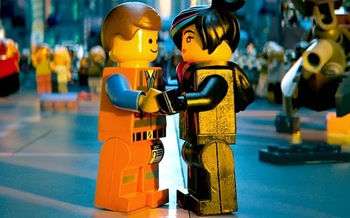 "Everything is Awesome!!!"
Advertisement: