Heartwarming / The Hunchback of Notre Dame 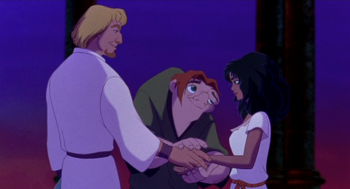 A Disney hero who gives up his love interest. Now there's something you don't see everyday.