It's the first live-action Star Wars film in an entire decade, after many thought the franchise's glory days were behind it. To many fans, that much is already enough. 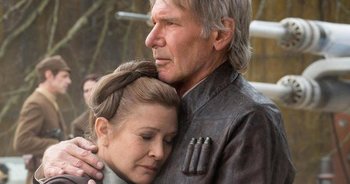 "You know, no matter how much we fought...I always hated watching you leave."

open/close all folders
The Film
Meta