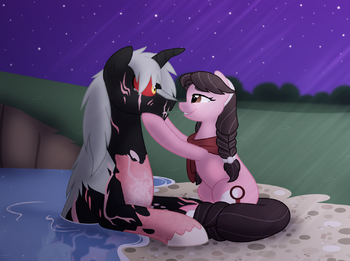 Mother and son, reunited after 20 years...

The Bridge: the Eternal Dilemma
The Bridge: Birthday Bash! Chibi Moon's Quest for Cake!
The Lost World RPG
Others
Meta