Heartwarming / Star vs. the Forces of Evil 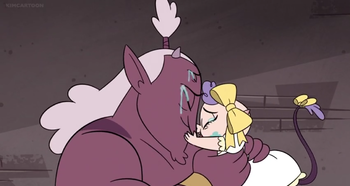 open/close all folders
General
Season One
Star Comes To Earth

Party With A Pony

Gift of the Card

Spider With a Top Hat

Scent of a Hoodie

Down by the River

The Curse of the Blood Moon

The Monster and the Queen

The Tavern at the End of the Multiverse