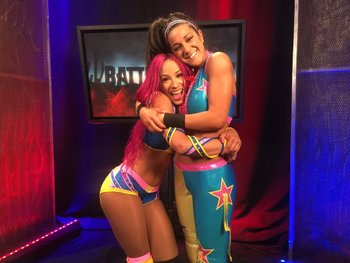 The Boss and Hug Connection.
Advertisement: