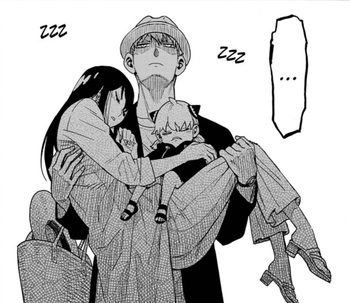 They may be a pretend family, but their affection for each other slowly stops being fake.