The Heartwarming Moments page for the films, books and other media based around the legends of Robin Hood.

The Adventures of Robin Hood 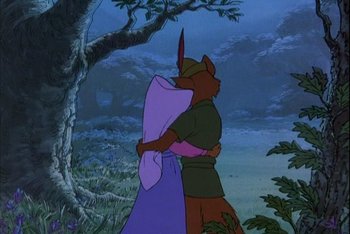 For Robin and Marian, the wait was all worth it.