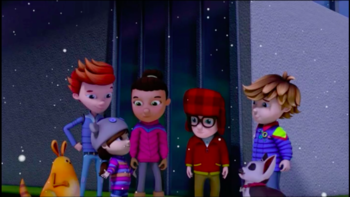 Mitchell's one of them now.

Who knew an educational cartoon about aliens living on earth could be so heartwarming?