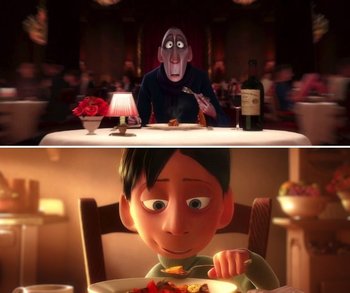 And what happened then? Well, in Paris, they say, Ego's heart grew three sizes that day.