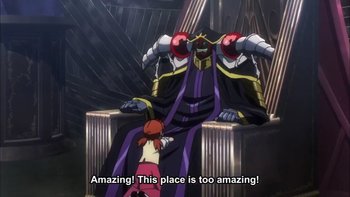 Even an undead overlord isn't immune to the wonder and innocence of a child.