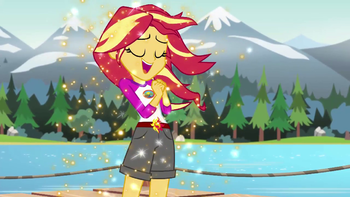 No more holding back, just let it out!