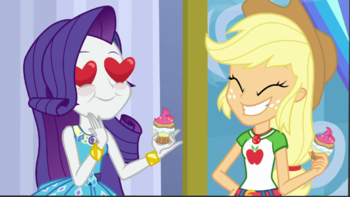 Rarity loves cupcakes, and it shows.

Twilight Under the Stars