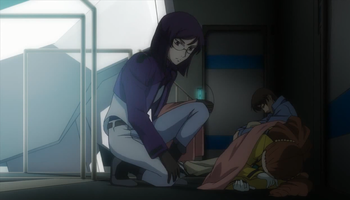 "I'm glad you're here with us, Mileina."

Mobile Suit Gundam 00 is one of dark series of any Gundam Series. However, although the series goes more Darker and Edgier territory, it's doesn't mean the series not allow have any touching and lovely moment.