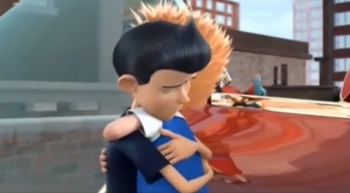 “I never knew my dad could be my best friend.”