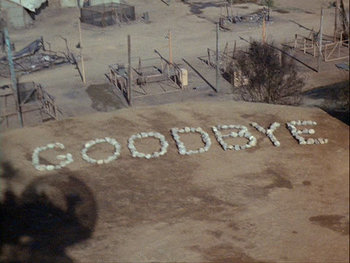 "But let me say this, honestly: when you live in a cruddy situation like this long enough, you get to love a few people and even hate a few. I guess outside of our families we'll never be closer to anybody than we are to each other."
—Hawkeye, "Chief Surgeon Who?"
Advertisement:
open/close all folders
Seasons 1– 3