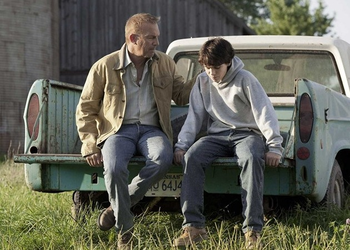 Clark: Can't I just keep pretending I'm your son?
Jonathan: You are my son.
"You are as much a child of earth now as you are of Krypton. You can embody the best of both worlds."
— Jor-El
Advertisement:

Jor-El did say that the "S" emblem stood for hope. A theme that clearly radiates in Man of Steel.