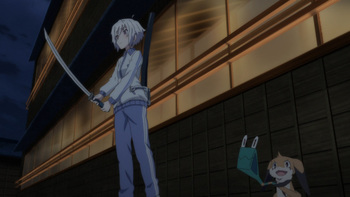 A Girl and her Aradama