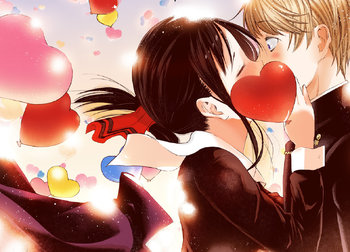 "This is how I feel."
Advertisement:
Main series
We Want To Talk About Kaguya