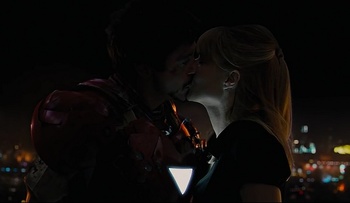 ...And then Rhodey ruins the moment.