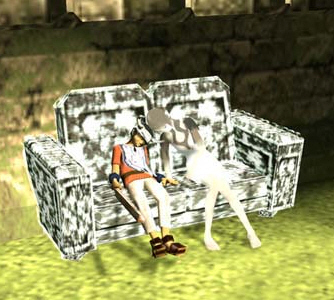 Awwww, look at the two of them.
Despite the trials and adversity Ico and Yorda face, this is still a story where love conquers all.
Advertisement:
Advertisement: