Dumbledore: "I am not worried, Harry. I am with you." 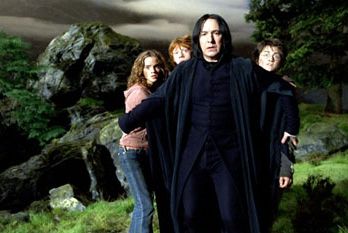 Here we have Snape protecting three of the people he hates the most. Yes, you did read that right.
Advertisement:

J. K. Rowling's characters might talk about the great power of love, but her examples speak louder than words.