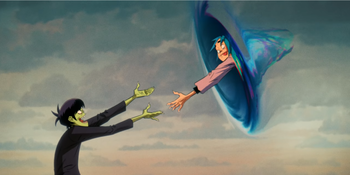 No One Gets Left Behind, even if that someone is Murdoc.
Advertisement:

Despite all the kidnappings, deals with the Devil and general abuse, the Gorillaz are capable of some heartwarming moments.