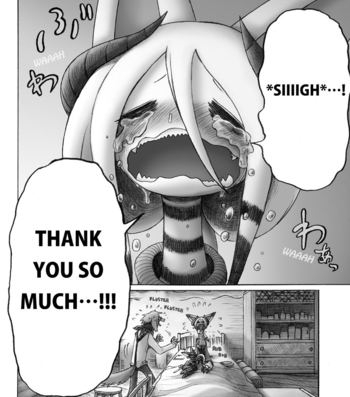 There's no shortage of sweet and touching moments, with the characters staying strong in the even with the looming threats from above.