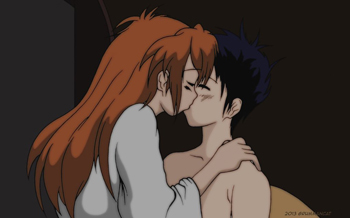 "If I was dreaming... Will you let me go on believing that it was real?" "For the rest of my life."
This page is for Crowning Moments of Heartwarming found in Evangelion 303: